Last Thursday night Charley & I were riding in the arena and her sweet little horse decided he was a little fresh and he bucked her off.  Yes, it was scary seeing my 10 year old dumped in the dirt. She hit the ground, dust started flying and she jumped up and ran. When I finally got off my horse and got to her I asked her where she was going.  She told me she didn’t want her horse to step on her. Her horse stopped dead in his tracks when he saw her hit the ground.  As I stood there checking her over and hugging her I don’t remember teaching her to get up and run or telling her that if she fell off to get out of her horses way. I think when you are put in a position like that your instinct kicks in and you just know what to do. After all the excitement, we did get back on and ride one time around the arena. But to my biggest surprise the next day at work I got a call from Charley asking if we were going to ride that night. I felt AWESOME because I knew she wasn’t giving up, she wasn’t quitting.  How many times in our lives have we quit or walked away because it got a little hard? Or we had to work at it more than someone else in our life. 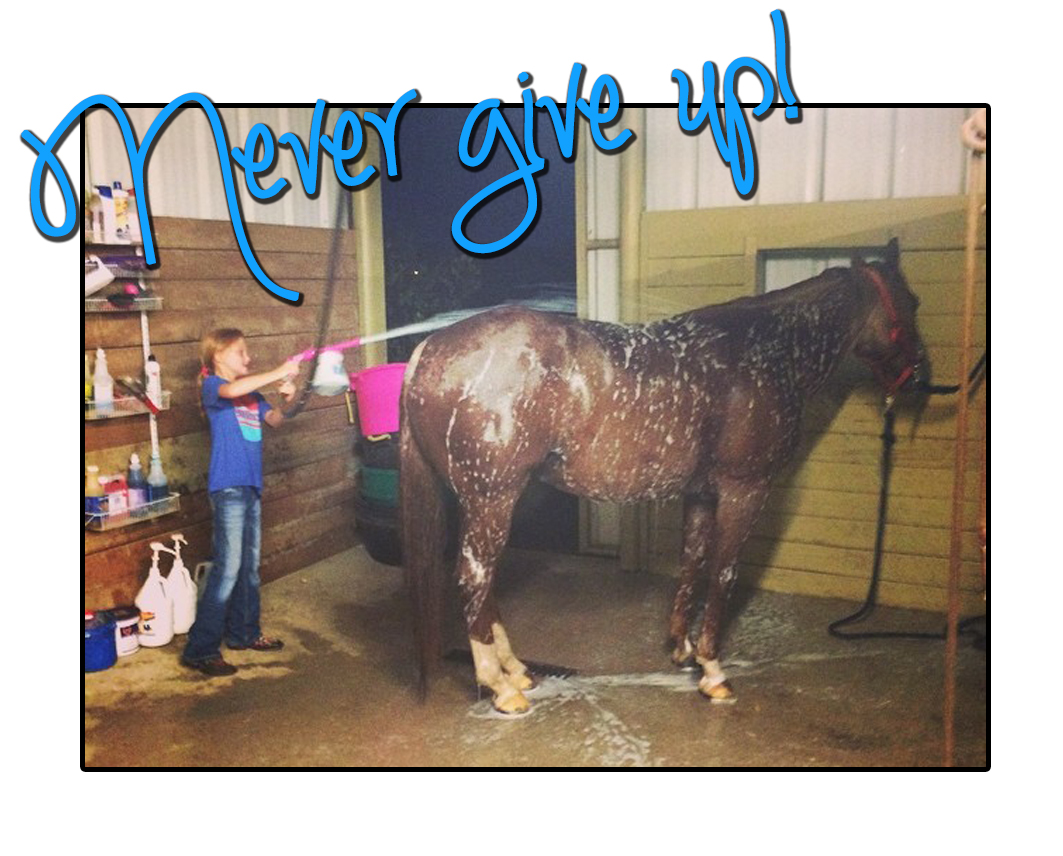 I know this sounds like a story about not giving up but it’s more than that. If you are not fighting for something in your life or trying something new then you are not learning anything new! I know lots of people are stuck in the same old job with the same old bills and the same old life and they are too scared to try something new or different. Start small instead of getting on a big horse, jump on a pony instead. In other words, start with something you can do and move up from there.